All fifty states have anti-cruelty laws. Some list animal cruelty as a felony, carrying a possible prison term, while others have kept it as a misdemeanor. Each state divides cruelty into various degrees, such as intentional or aggravated, which raise the level of the offense and carry a higher degree of punishment. The anti-cruelty laws are an uneven patchwork of local and state laws which vary dramatically from jurisdiction to jurisdiction. To determine your own state's regulations, each state's anti-cruelty laws are summarizedhere.

Anti-cruelty laws in the U.S. were enacted during the 19th century along with laws outlawing slavery, child cruelty, and child labor. They were all part of the same movement. The important thing to understand about the anti-cruelty laws is that they exempt from their coverage most forms of institutionalized cruelty. Thus laboratory experiments for research purposes, no matter how painful to the animals, are exempted. Also exempted are the methods used to raise farm animals as long as the experiments or farm practices are in line with the general practices of that industry or in a licensed facility. For example, the relevant California statute, Penal Code 599c, reads as follows:


"No part of this title shall be construed as interfering with any of the laws of this state known as the 'game laws,' or any laws for or against the destruction of certain birds, nor must this title be construed as interfering with the right to destroy any venomous reptile, or any animal known as dangerous to life, limb, or property, or to interfere with the right to kill all animals used for food, or with properly conducted scientific experiments or investigations performed under the authority of the faculty of a regularly incorporated medical college or university of this state."

But what if the "general practices" are themselves cruel? Experiments are common in which a dog's bones are broken or an animal given a lethal dose of a toxic substance. Exempting institutional practices excludes from protection the vast majority of acts that would be considered cruel if done by a private person.

Veal calves are one example. They are often raised from birth to death in small enclosures no more than 6 feet by 2 feet. Many calves raised for veal suffer nearly their entire lives inside individual crates and are often tethered by their necks for most of their four-to five-month lives. Veal crates are so small the animals are unable to even turn around. Such crates are banned in the European Union and in some parts of the U.S. though they remain legal in most states. If a dog in your home town were confined for her entire life in such a crate this would constitute cruelty.

Some states do not consider activities such as leaving an animal with no water or shelter for a long period cruelty. These acts are often categorized as "neglect", rather than cruelty, and treated more leniently by the courts. But the result is the same - deprivation and death for the animals. None of us would like to be out in the snow, rain or hundred degree temperature without shelter. 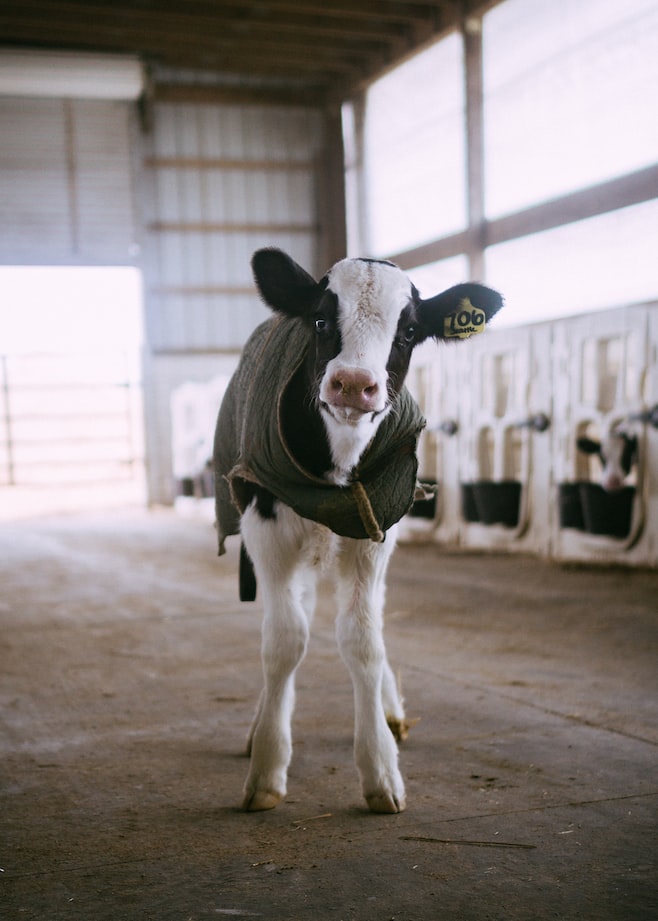 Neglect cases often result from a lack of education or awareness rather than an actual intention to harm. For this reason, neglect cases usually call for a sentence such as education and a ban from owning animals for the period of probation rather than jail time. But the need to change this behavior - and its results - is just as strong in neglect as in cruelty cases.

There are also federal protections for animals. These are not criminal anti-cruelty laws - those are left to the states - but they provide some protections to animals that are on land managed by branches of the United States Government, transported in interstate commerce, or are otherwise within the jurisdiction of the federal government. One of the most imortant federal laws is the Animal Welfare Act (AWA), passed in 1966. This Act was intended to protect the welfare of laboratory animals but excludes from its protection birds, rats and mice which together constitute over 90% of the animals used in experimentation. Thus with the federal government, as with the states, there are many gaps in the protection afforded to animals.

We need to fill these gaps. We need to support candidates who talk about animal issues and take them seriously. Elected officials should be urged to pass strong anti-cruelty laws, enforce them conscientiously, and hand out strong sentences to those who are convicted of animal abuse. So please support legislation at the city, state and federal levels that strengthen our anti-cruelty and neglect laws. The animals need us.- Larry

For further information on this subject, please see the following websites: